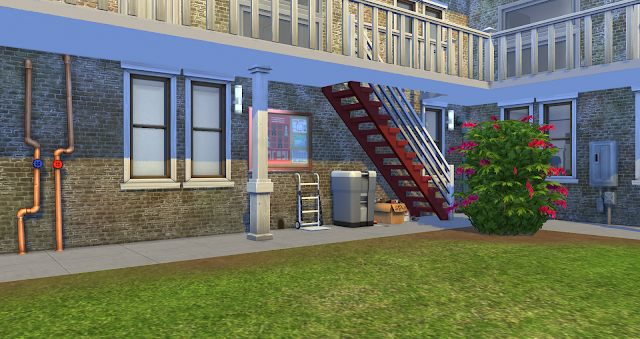 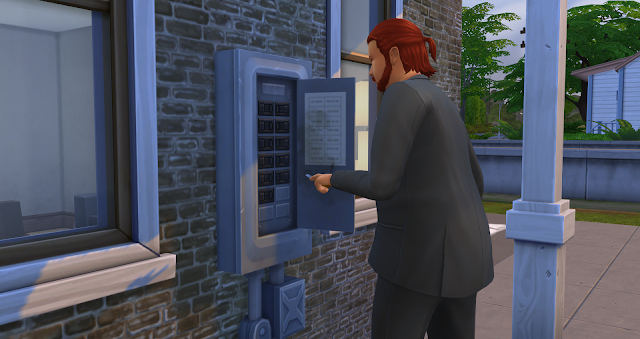 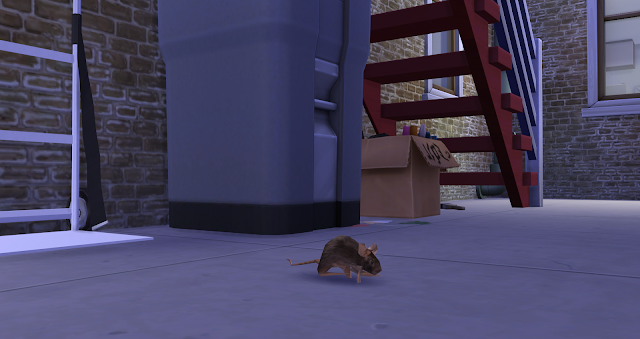 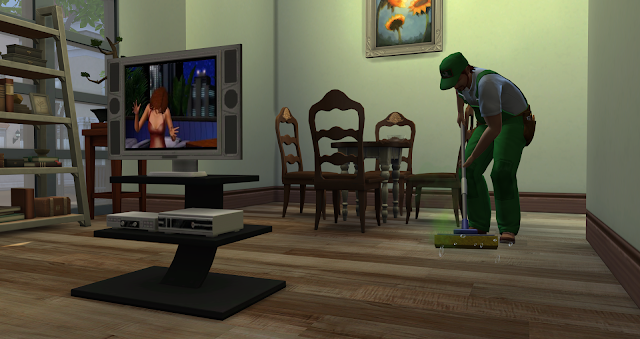 These apartment problems are cloned and modified from the objects that create the "Needs TLC" City Living apartments in San Myshuno. This mod does not unlock the TLC trait, but it does unlock all of the objects that make the TLC trait do what it does. You can now place these objects on any lot that you are able to build on!

It may take you several sim-days to see the problems begin to arise, so be patient. They will work exactly as they do in the San Myshuno apartments. Your sims will get the appropriate bad moodlets.

[update, 11/11/17: as of the EP03 patch, you can no longer call the landlord unless you are living in a real San Myshuno apartment. However, you can fix the problem yourself, or call a repairman to help you.]

You will find them in “wall decorations” and they cost $0. There are five pieces here:
- the leaky pipes
- the utility box
- the mouse hole
- the roach hole
- the random bad smell


Please read the following notes and warnings before use!

A special note about placing the roach hole and random smell objects:

The roach hole is especially tricky to place because the hole is invisible once you leave buy mode. Also, the way the roaches spawn, they crawl out and up at the same time. You want to place the little yellow spawner one half block away from the wall where you want them to crawl up. They’ll also crawl out by about three blocks and sideways by about one block in either direction. In the picture below, I placed the spawner directly underneath where the plant is on the table. 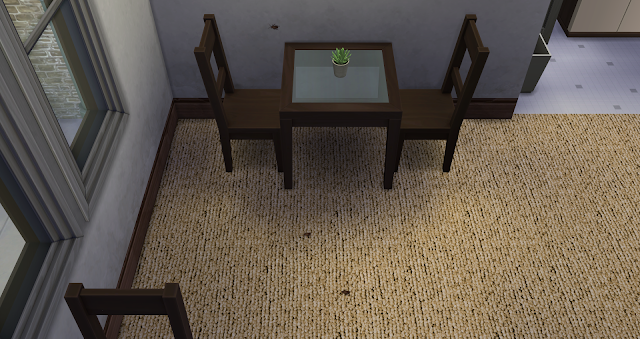 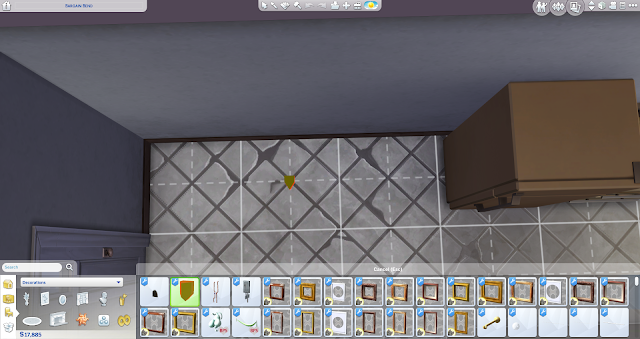 See here, one half block out from the wall, pointy side facing out.

Because the spawner is invisible, you won't see anything and can’t interact with it at all until the roaches spawn.

The random smell is another invisible spawner, but the placement is not unusual. The spawner looks exactly like the roach spawner, so be careful which one you place. Like the roaches, there is nothing to interact with until the smell spawns.

As before, you can also use enable debug cheats, shift-click > "destroy object" to get rid of them.


About the default San Myshuno apartments:

These mods will not affect your San Myshuno apartments at all. They will remain just as EA intended them. But FYI, if you want to delete those apartment problems for whatever reason, you can use the debug cheats noted above.

You can also use these objects to add additional apartment problems to the San Myshuno apartments.

About the vent and slime puddles: 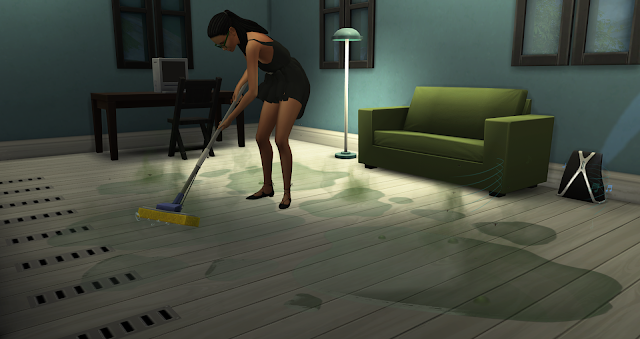 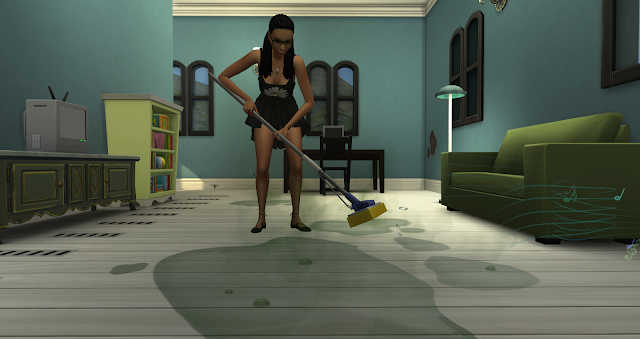 Following the discussion in the comments below, I had a look for the vent and slime puddles. What I found was that the vent object is totally useless, no different than the "simple drain" that you can access in your catalog as default. As you can see in the pictures, I placed about 10 of them, hoping one of them would do something. I waited for 2 sim-weeks. None of them ever leaked goo.

That's because the puddles are a separate object. Which I did find. However, the ones I found were only placeable, not spawnable like the other apartment problems. Meaning, you place them once, mop them up or complain about them, and they won't pop up again unless you place another yourself.

Whatever the developers did to make them spawnable in the default apartments is far beyond my skill set. Sorry!

But they are pretty cool, anyway. They come in three sizes. The larger ones bubble and fume. They are delightfully gross! The moodlet produced is a regular bad environment moodlet, but you need to have more than just one small puddle placed for that. You can mop them up yourself, or complain to the landlord.

Might be useful for storytelling, although it's a bummer that they won't spawn themselves.

Thank you to Shalunyturns for the mod idea. 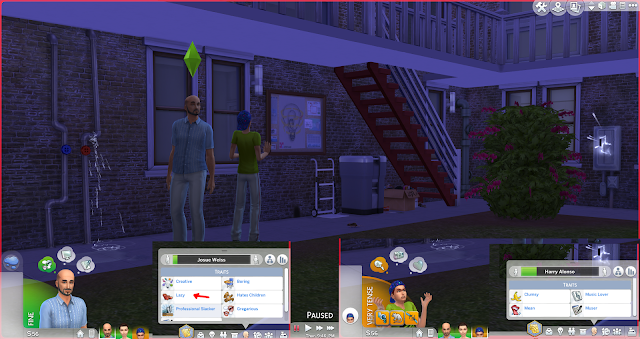 With this mod, sims with the lazy or slob traits will not react or be bothered by apartment problems. The problems will not interrupt their current actions, and they won't get any negative moodlets. They just carry on simming like they don't give a crap.

This mod affects placed or default apartment problems in all worlds. 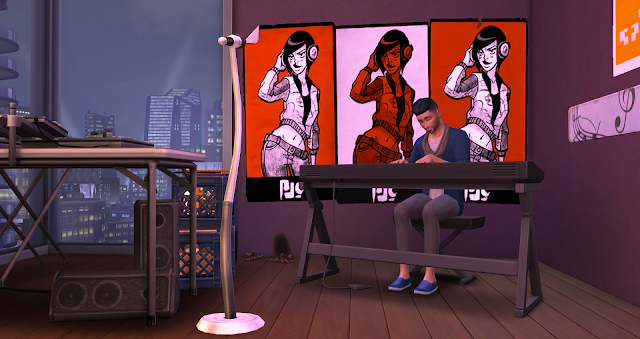 Note: there was one instance I left out that looked like when the electrical box actually catches fire. I figured they should probably care a little at that point, lol!

Email ThisBlogThis!Share to TwitterShare to FacebookShare to Pinterest
Labels: downloads

Learn more about the author here.

the archives of history

what to read next?

Are you in need of more hilarity, drama, witty banter, and swoon? If you enjoyed something you read on this blog, then you'll certainly love these books. Pick up a copy for yourself or tell a friend.
Thank you for letting me share my stories with you!

welcome to your life:

Get this Recent Comments Widget